Quite often, we are accused of valuing supplements over whole food sources or even “fear mongering.” After all- for every nutrient, there is a whole food that provides it. 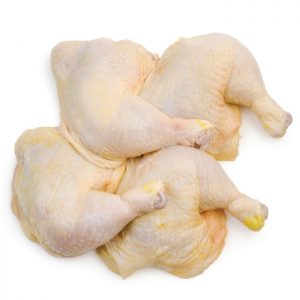 There is more in bones than just minerals…

Not every compound in food has been discovered. Most people when formulating a diet would never choose a supplement when a whole, appropriate food is available for each specific dog.  It seems there are two extremes. One camp says that because there is no evidence that fresh homemade food is better, then fresh food is not advantageous. On the other end of the spectrum, many that supplements are useless. Raw Fed and Nerdy lands in ground: Meet nutrient requirements with whole, fresh, appropriate foods whenever possible, and supplement only when needed.

Nutrition science is actually relatively new. The 1910s to the 1950s was the era of vitamin discovery and isolation. This was critical for the prevention of single nutrient deficiency diseases. This time coincided with the Great Depression. Further emphasis was placed upon preventing deficiency diseases. Nutrient requirements were constructed largely because of the war in the US. The 1950s began to see a sharp decline in calorie malnutrition and specific vitamin deficiencies (primarily in high-income countries). Between these time periods, many (inhumane) studies were conducted on animals- including dogs and cats. The 1970s saw an acceleration of economic development and the modernization of agriculture (and not all were good). Single nutrient deficiency diseases declined globally as more foods were fortified (which serves a purpose- but again is not always good). While deficiencies fell, other diseases began to increase. Cancers, type 2 diabetes, and obesity to name a few. Note: This is not implying that chronic disease is always diet related. Unfortunately, studies were only focused on nutrients, and we went on to learn that there is much more beyond nutrients. However, the discovery and utilization of nutrients aided serious conditions- including night blindness (Vitamin A). The 1990s onward saw more large-scale nutrition studies that expanded beyond singular nutrients. Observing diets as a whole became relevant. The Mediterranean Diet is one of the more well-known topics of study. As time progresses, the field of nutrition science has seen that singular nutrients alone are not even scratching the surface of what foods can offer us and animals. Low-fat diets that were supported starting in the ’50s began to be questioned and challenged (like science does). Nutrition science has learned that fat is important- but the type of fat is just as critical. It is certainly emerging how complex foods are beyond metrics like dietary fat, saturated fat, and energy density. Globally, concerns have grown about the over supplementation of vitamins.

The future of nutrition science includes factors such as nutrigenomics, prebiotics, probiotics, gut microbiota, and plant compounds- to name a few. Conditions like obesity are being re-evaluated- “energy in energy out” is being regarded as too simple. “Recognition of complexity is a key lesson of the past. This is common in scientific progress whether in nutrition, clinical medicine, physics, political science, or economics: initial observations lead to reasonable, simplified theories that achieve certain practical benefits, which are then inevitably advanced by new knowledge and recognition of ever-increasing complexity.” 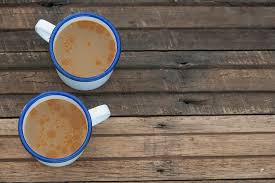 And bone broth may not have an impressive essential nutrient profile, but the compounds in bone broth are beneficial.

Does this mean that we disregard nutrient requirements? Certainly not! Nutrition science in its infancy proved that individual nutrients are important. However, nutrition science has become more complex- certainly a good thing! Dogs eating homemade diets are not typically eating fortified food items, so the comparison of their dietary needs to many humans is silly (for more than one reason). Meeting nutrient requirements with foods requires the individual to understand and appreciate the function of nutrients separately, and as a whole. Understanding nutrients one. Recognizing that foods typically do not fall in the “good” or “bad” categories, but rather, each food should be evaluated for the individual, which includes essential nutrients and beyond. There are many reasons why a dog may need supplementation (including the average sedentary lifestyle today). The bottom line- and the viewpoint at RFN- is that nutrient requirements should be met primarily through , appropriate foods and proper supplementation should be used to meet nutrient requirements when needed. Foods provide more than essential nutrients but essential nutrients are still important. Both variety and nutrients are important.

A nice middle ground that seems to be quite evasive.

We are excited to announce a nutrient series (that will also be implemented into the fall course) that addresses whole foods and nutrient needs. We recognize that saying X food for Y nutrient is reductionist thinking and that nutrition is indeed complex and the needs of dogs and cats vary enormously.